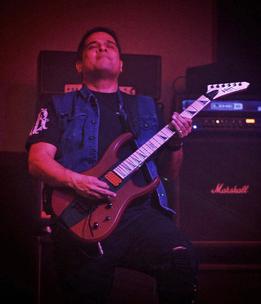 Guitarist/Songwriter for the band FREAKSHOW and singer songwriter/guitarist for ASH THE SKY. Michael started working with Viper guitars after meeting at the NAMM show 2020.  Michael needed a guitar that could do the chores of playing live... low tuned music with FREAKSHOW and the speed of ASH THE SKY's melodic death metal. The Viper War Machine is his signature guitar and weapon of choice due to it's versatility. 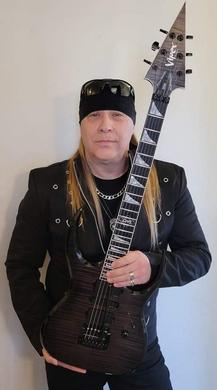 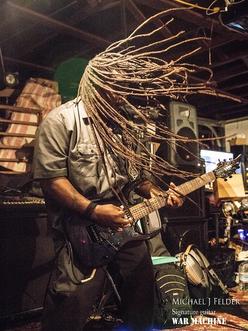 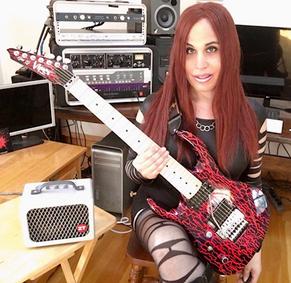 Fabio Carraffa is a Blues/Rock/ Metal guitarist with huge experience in both a live and studio setting. His professional career began at the age of 20 seeing him collaborate with artists such as Zakk Wylde, Paul Gilbert, George Lynch, and Steve Vai, as well as participating in many tours and TV shows in Italy and abroad. He has also published several methods for guitar published by Amazon. He has composed and produced several solo albums and with his band Soul Vibes. 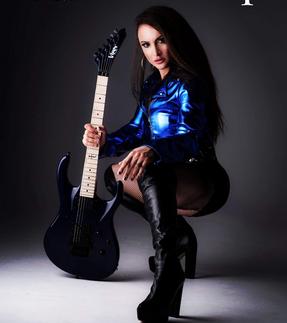 Gia G is an instrumental guitar player out of Boston, MA. She released her first song and music video, The Chase, in Dec 2013 which did extremely well. She has a huge online following and endorsed by multiple companies. She partnered with Viper Guitars in 2018 to design her signature 7 string left handed Viper Legacy

A giant on guitar, Jimi has used his talent's to work with many top artists in the industry. Previous bands include the Geezer Butler Band, Thunderhead, and Metal Church. In 2005 he joined House of Lords as the lead guitarist and in 2019 joined the band Autograph. He does studio work for sports giants like ESPN, WWE, Impact wrestling, and NASCAR. In addition, he invented the "Shredneck", a guitar practice and warm-up tool. 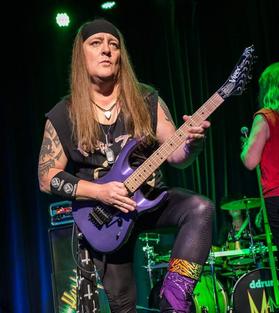 Andry, the "Blues Metal Queen', is a versatile artist (Vocalist, Guitarist, Arranger, Songwriter, Lyricist). Her main project is THE HARPS. She started here music career when she was 9 and at 13 she began performing on stage with other professional musicians. She is a member of Mike LePond's Silent Assassins, Vivaldi Metal Project. She was on the Voice Greece. She has worked with many famous musicians between Greece and the USA.

J Patrick began working with Viper Guitars in September of 2017. J plays in several bands in Southern California including "Augmented Chaos" and "August Redmoon". J has been playing classical, rock, jazz and country guitar for over 25 years. He partnered with Viper in 2017 to design his Signature model Viper Edge 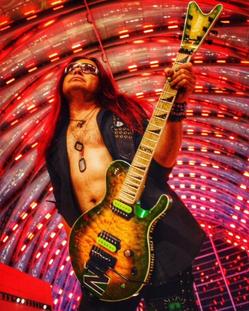 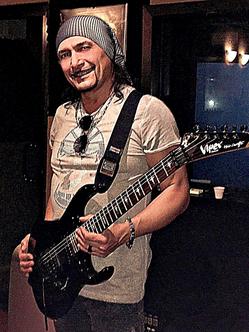 Recording Artist Ronny North began working with Viper Guitars in April of 2017. Ronny has specific technical requirements in order to play at the blazing speed that he does. As a result of this partnership, The first Ronny North Signature Guitar, the RN1 was produced. Based on the success of the first guitar, Ronny and Viper partnered again to build the RN2 and the RN3. Ronny uses all three guitars on stage as his primary guitars. 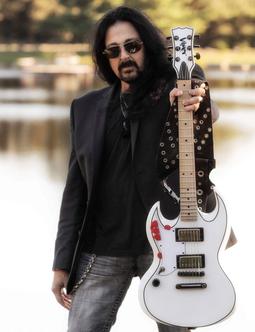 Lloyd Wallace a.k.a " Dr.Scary " is a Michigan based guitarist who has a reputation of being one of the most intense and over the top shredders in the area. For the past 30 years, Lloyd has been playing in various bands all over the Midwest, most recently with his solo band Dr.Scary, HairMania, Black Sea Burial, and is currently working on his 2nd solo CD. He partnered with Viper Guitars in 2018 to design his signature Viper Edge

David Shankle, "The Shred Demon", of Chicago, IL is one of the most respected and talented composer guitarists shredding up the metal scene today. He is known as one of the top 10 shredders and fastest guitarists in the world. He is well known for playing 7 string over-the-neck scales and arpeggios, string skipping, and a master of many guitar techniques. David was a member of Manowar from 1988 to 1994, playing on the epic, certified-platinum album "The Triumph Of Steel" and co-writing 5 songs. After setting out on his own, David attended Roosevelt Music University in Chicago to improve his jazz and classical guitar skills. Having refined and nearly perfected his craft, David brings years of experience and hard work to the table with the DSG-David Shankle Group as well as an active member of the bands Feanor, Grave Reign, and Wings Of Destiny. David continues to make his mark on the guitar world. David started working with Viper Guitars in 2020 in a partnership to design and build the ultimate shred guitar. The Signature models DS6, DS7, and DS8 are leading edge and innovative in construction and design.